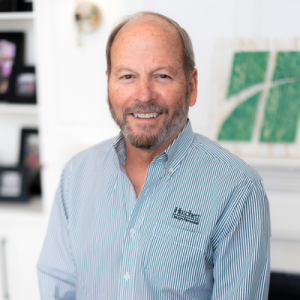 Born and raised in Newport News, Don Hatchett was brought up in the family business. Don’s father, Clarence Ford Hatchett, founded the company in 1960 with a vision to provide exceptional construction services. At its inception, the business was strictly a siding and roofing company. After working under the mentorship of his father, Don succeeded Clarence as the company’s President in 1993. During the 90s, Don expanded Hatchett into a design/build firm that focuses on the design aspect of a remodeling project as much as the construction.

Through his leadership, Hatchett Design Remodel has evolved with industry design trends and standards, yet the company’s values remain intact. Our mission is, and has always been, to provide the highest standard of service to our clients which can only be accomplished through the knowledge, devotion, and hard work of our team.

Don matriculated from Belmont Abbey College with a B.A. in Business & Economics, and he was recognized as Who’s Who among students in American Universities and Colleges. He is the Past President of the Peninsula Housing & Builders Association, Peninsula Remodelers Council, and Tidewater Remodeler’s Council.

He is married to Terry, his wife of 42 years. He works side by side with his two children, Michael and Meghan, who have made him a grandfather three times over. When he’s not at work or off spoiling his grandchildren, Don spends his free time golfing, boating, fishing, traveling or just relaxing in the Outer Banks.